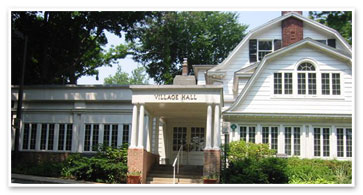 Village Hall.  (However the date may be changed due to holidays and other
considerations - check the Upcoming Events calendar.

Village Elections are held on the third Tuesday in March in all odd number years, at the Village Hall from 12 to 9:00 PM.

To be eligible to vote in the Village election, registration is required with the Nassau County Board of Elections at least ten 10 days prior to the election.